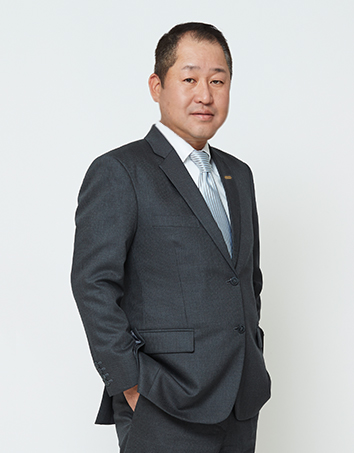 2018 was a year of economic diversion that economic expansion and deceleration could be observed throughout the globe. The US economy had continued to grow steadily, with a result that outpaced many other western countries. China faced sharp slowdown, resulted from slower growth and adverse impact from the trade war, leaving China a long way for recovering and rebalancing. Although UK had continued to recover, the growth remained laid-back, while an unemployment rate hit its record low. These became some of major factors to reshape the world economy. Although both European and Japanese growth had decelerated in 2018, and the outcomes were above the trends. The deceleration had affected the unemployment rate, but the wage growth that turned out to be unchanged was a luck for these developed markets. The Association of Southeast Asian Nations (ASEAN) economy had shown a good sign of expansion during the first half year at average growth of 5.3 per cent. However, due to the deceleration of the world economy, the region loss some of its momentum in the third quarter and the growth dropped by 0.2 per cent (Referred to Focus Economics Report, dated 23 December 2018) from the previous quarter, despite the domestic demands shown sign of robust. After all, 2018 ended with pretty good result for the global economy with average real GDP growth at 3.8 per cent (Referred to Goldman Sachs Economics Research, dated 14 November 2018) above the potential.

Thai economy started to expand in 2017 after long period of recession, and it grew on average at 4.3 per cent for the first nine months of 2018 (Referred to NESDB Economic report). The economy managed to pave its way for real expansion during the first half of 2018, nonetheless, it performed less than as expected in the third quarter from the effect of tourism industry, a spillover from the U.S.-China trade spat, followed by the number of merchandise import growth that surpassed the export, yet the domestic demand was robust and an expansion of private investment growth in the fourth quarter had ended the year with good news at 4.1 per cent (Referred to NESDB Economic Report), slightly below the prediction.

In 2018, Thai financial industry started the year with various challenges such as the introduction of new technologies, the change in consumer behaviors, and new government policies that required lot of adaptations. While Personal Loan business was kicked off a new fiscal year with concerns on BOT’s regulation of the limitation on customers’ credit providing which was announced in the third quarter of 2017 that could obstruct the growth and put the industry into harsher competition. As expected, the new regulation had indeed caused a serious competitive situation in the industry and drove Person Loan industry into a gradual growth. Meanwhile, key players were forced to adapt themselves in order to survive. As a result, new business model could be observed widely in the market.

EASY BUY had prepared itself for the transformation by pursuing new business strategy with targeting on new group of customers, carrying out more sufficiency of cost management, and reinvesting our capabilities. As the consequence, year 2018 was remarked as another year with strong performance that allowed EASY BUY to fulfill its promise with Umay+ cardholders, business alliances, investors, shareholders, employees, and Thai society. At the end of the year, EASY BUY had earned 4.76 billion baht net profit, with a 19.6 per cent growth from the previous year and consecutively year on year hit a record high for the ninth year in a row. While, the Non-Performing Loan was relatively low and stable at 1.63 per cent (Referred to the personal loan under supervision report).

2019 will be another challenged year of Personal Loan business, EASY BUY is ready to go forward amidst the intensified competition. We commit to continuously be the “Number One Personal Loan Brand” in the industry that stand side by side with customers and Thai society by providing reliable service for better quality of life. In addition, advanced technology will be stressed with an emphasis on cyber security, ease of accessibility as well as customer convenience. Not only the business strategy emphasis, but the Corporate Governance is also one of other components that EASY BUY always focuses in order to persuade the sustainable growth.

As always, EASY BUY will ensure its operations and services under mission statement that “We, EASY BUY Public Company Limited, carry out our business with intention to contribute to society”, and will bring greatest benefits to all stakeholders and they can continue to retain their trust.

Lastly, I would like to thank you for all continuous supports and looking forward to making another expressive year of EASY BUY.